Three persons are in the grip of the police for attempting to drown two suspected thieves at Danfa near Accra, after accusing them of stealing.

The two masons, Kwaku Akorli, 51 and Hope Hortor, 28, were tied to bamboo sticks and submerged in a manhole filled with water after they were accused by the owner of a construction site where they worked of stealing iron rods.

They were, however, rescued by the Adoteiman Police after distress calls from some concerned persons.

Briefing Graphic Online, the Public Relations Officer of the Accra Regional Police Command, Deputy Superintendent of Police, Mrs Effia Tenge, said the police upon receiving the distress calls at about 1:30pm on Monday, November 26, 2018 went to the scene immediately.

She said the two men were found tied separately to the bamboo sticks suspended over the manhole at the construction site where they had been working on the construction of a private building. 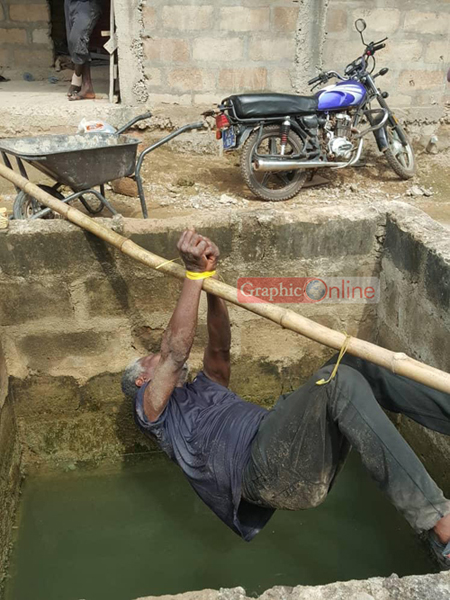 She said when the two were rescued, they were very weak and struggling to catch their breath, with their clothes drenched in water. They were therefore taken to the Danfa Health Centre for medical care.

According to Mrs Tenge, investigations conducted by the police indicated that the cruel act was carried out by the owner of the building under construction, with the help of two others

The owner of the building, Manasseh Adzroku and his two accomplices, Victor Harrison and Collins Amoako, have since been arrested by the police. 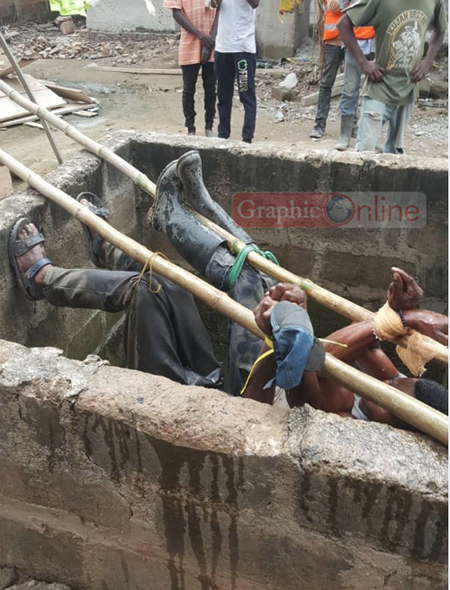