Deputy Minister of Energy in-charge of Petroleum, Dr Mohammed Amin Adam has stated that the country’s upstream oil and gas sector has created a strong foundation for the service industry to propel a meaningful growth of the economy.

He says the service industry has already built a robust ambiance for greater value addition to the country’s economy through the supply of goods and services by contractors and sub-contractors.

Speaking at the 2018 Local Content Conference and Exhibition in Takoradi, the minister said, “the period between 2013 and 2017, witnessed a total value of services worth $8.2 billion paid to companies in the oil and gas industry.”

He said much as the progress is welcomed within the support services aspect of the industry, there is room for more and that a systematic approach coupled with commitment to the cause would position the country even stronger.

He said as of October 2018, the total value of contracts awarded to indigenous Ghanaian entities and joint ventures by two major upstream lead operators – Tullow Oil Ghana and ENI – amounted to $850-million representing an increase of 44 per cent.

The industry, he said continues to see more progress as Aker Energy, which is about to commence work on the Deep Water Tano Cape Three Point block, awarded contracts worth $40-million to joint venture companies in accordance with local content commitments. 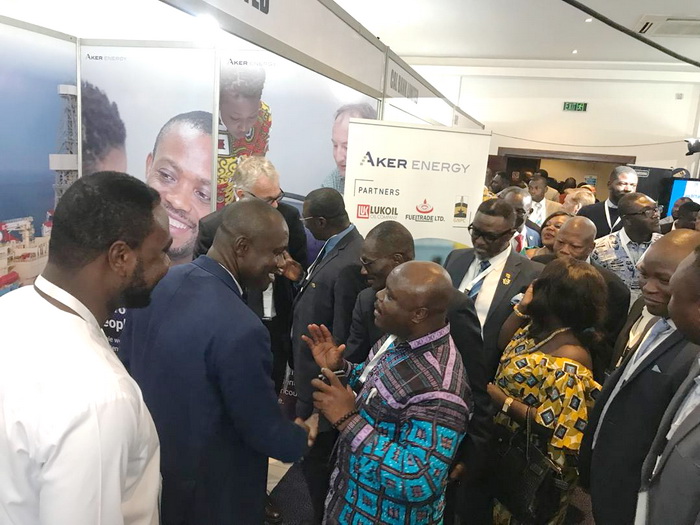 “I must say efforts made to ensure Ghanaian citizens are gainfully employed in the oil and gas space cannot be overemphasized. The industry has seen a substantial growth of 4,120 Ghanaian employments in 2013, to about 13,000 representing more than 174 per cent growth as at October this year,” he said.

This achievement, he said, signifies the rapid growth of the industry, which he said could be attributed to the rigorous implementation of the work permit and facilitation process by the country’s upstream regulator, the Petroleum Commission and other relevant agencies.

The acting Chief Executive of the Petroleum Commission, Mr Egbert Faibille Jnr., said aside a lot of issues pertaining to local content and local participation, recent developments in the industry have placed on the Commission a responsibility to train Ghanaians.

He said building the capacity of indigenous Ghanaians would ensure the development of the skills for placement in the industry, saying, it is in that regard that the Commission has since launched the accelerated oil and gas capacity building programme a year ago.

He said the move has seen commitment on the part of some companies such as Aker Energy offering to support the accelerated oil and gas capacity building programme with $4.5 million to the initiative. “I know Baker Hughes and GE are also lining up to announce its contribution soon, likewise a few others.”

The chief executive said it was obvious that government’s intention to invest in the education of its youth as a national development priority would provide the relevant services and expertise to the oil and gas industry and other allied industries.

The Director of Local Content at the Petroleum Commission, Mr Kwaku Boateng took the participants through the five-year trajectory of the Commission and its preparations for the future.